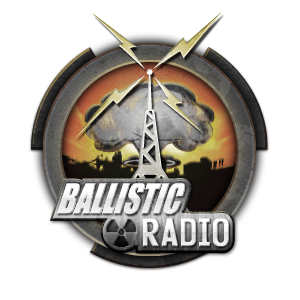 When your friends ask you to be on their radio show, you just do it.

John and Melody asked me to be on Ballistic Radio to chat. In John’s usual way, I got basically no preparatory talking points and we just had a conversation like we would over dinner.

We talk a little about me and how my life experience has formed my current outlook on training, inspiration, discipline, and doing the work. If you ever looked at yourself in the mirror and questioned why you keep trying even though you seem to suck at your hobby or sport, some of this should resonate with you.

I always used to listen to episodes of Ballistic Radio and think to myself, “Man, if I ever got on the air, I’d drop some real science and inspire some people…” being quite sure I’d never have the chance. Yet here I am. This audio file is getting put into the folder I have been building to leave to my son in the event I can’t be there when he’s old enough to hear this stuff.

Thanks for being a part of it,

Books I mention in the interview:

Recently, fellow blogger and instructor LimaTunes (Melody) got some media attention from a class she taught in her home state of Iowa. Melody has spotted a void in the firearms training community. Instructors are missing a large segment the gun owning public. It’s the same reason I started this blog. She taught a class teaching mothers and fathers how to carry their firearms while they carry their babies. Melody even included a few photos that I had in my post Baby Totin’ Busy Hand Drills.

Local media showed up, and the local story was picked up in multiple states. As a result, it became news. Interest in more courses as well as hateful comments began to spring up all over the interwebs.

Rebecca Bahret of SheKnows.com asked me for my thoughts on the story, not knowing that I know Melody. I, of course, agreed. Rebecca emailed me the questions, and I emailed her an epic wall-of-text response. I am very grateful for the opportunity. Here’s her article with a short excerpt from my long winded response.

Any additional considerations for babywearing and shooting, opposed to just holding your child and shooting?

Yes, there are absolutely other considerations. The bulk of which aren’t even shooting skills. The mechanical steps of drawing and shooting aren’t that complicated. The tactics are the things that we should practice the most. The mental approach that an armed parent needs to consider should start with ways to avoid, deter, and de escalate these sorts of situations. What can we do as parents to avoid being selected as ‘easy prey’ for a violent crime? This starts with positioning and movement in public space. It includes avoiding task fixation in public space (putting the baby in the car seat is a huge one). It includes rudimentary surveillance detection such as noticing things that seem out of place or people moving in ways that don’t make sense given the environment. It includes a robust and practiced set of verbal challenges since being good at communicating with a gun in our hands (and under stress) isn’t something we are born with. It includes developing a plan with your partner, and drilling it. Will both parents be carrying guns? Will one person carry guns for both people? If only one person has a gun, what should the other person be doing?  These things require more  attention and training than does the shooting problem.

I know you’re probably after the specifics of the shooting problem, but I’d be remiss if I hadn’t mentioned the previous items. Some viable tactics that I’ve worked out for myself include whichever of the following makes the most sense given the situation.

What do you think about live-fire training while babywearing (with eyes/ears, of course)?

I don’t think this is necessary. In fact, I’m quite sure LimaTunes (Melody)  didn’t have any live fire portion in her presentation. The mindset, skills, tactics and gear issues can be worked with dry-fire in the home. Home is completely absent of the loud noise and traumatic environment that a gun range would be to an infant. At the range, use a sack of kitty litter or potatoes or anything that simulates the weight and floppiness of a baby to work through the mechanics. Work your draw-stroke, reloading, trigger manipulation, recoil management, and so on. This is the time to work out the mechanics of managing a gun one handed while having an arm occupied with another task. It’s harder than it sounds. Seek training.

At home, follow safe dry-fire protocol and include the little one. Simulating a child at the range and then working with your child at home should allow a person to get a pretty good picture of the challenges involved in shooting with a child in your arms. It will allow you to see what works and what doesn’t. You will learn things about your gear (holster, gun, belt, shirts, jackets, etc), and what you are physically capable of doing with a squirming child in your arms. You might even decide that your ONLY option is putting the child down because you aren’t confident enough shooting one handed. You will never know this unless you do the work.

What would you say to critics of her course, who say you should never attempt to shoot while holding a child, in any capacity (and are especially critical of her teaching the practice)?

It’s unfortunate that people have such emotional reactions whenever the word ‘gun’ is brought up. I basically have given up reasoning with people who are vehemently opposed to guns. The reality is that the critics don’t just have a problem with a mother carrying a gun with a baby, but with guns in general. Melody just happens to be an easy target because she got some news coverage. To me, a rational person who understands that we live in uncertain times and that when seconds count, the police are only minutes away, would understand the needs for a force equalizer. A lone mother who is wrangling 3 children in a parking lot is at a serious tactical disadvantage. A firearm happens to be the best tool for this job. It also carries with it great responsibility. Its ownership and deployment is taken too lightly by some. I don’t disagree at all. However attacking those trying to bring the information to a receptive audience is clearly not the correct approach.

Here’s what we have to accept:

As the piece said, Melody is not advocating that mothers carry guns. She is only providing information to those who seek it and would otherwise flounder in their gun ownership with no clear way forward, possibly resulting in a terrible tragedy.

Anything additional on your mind?