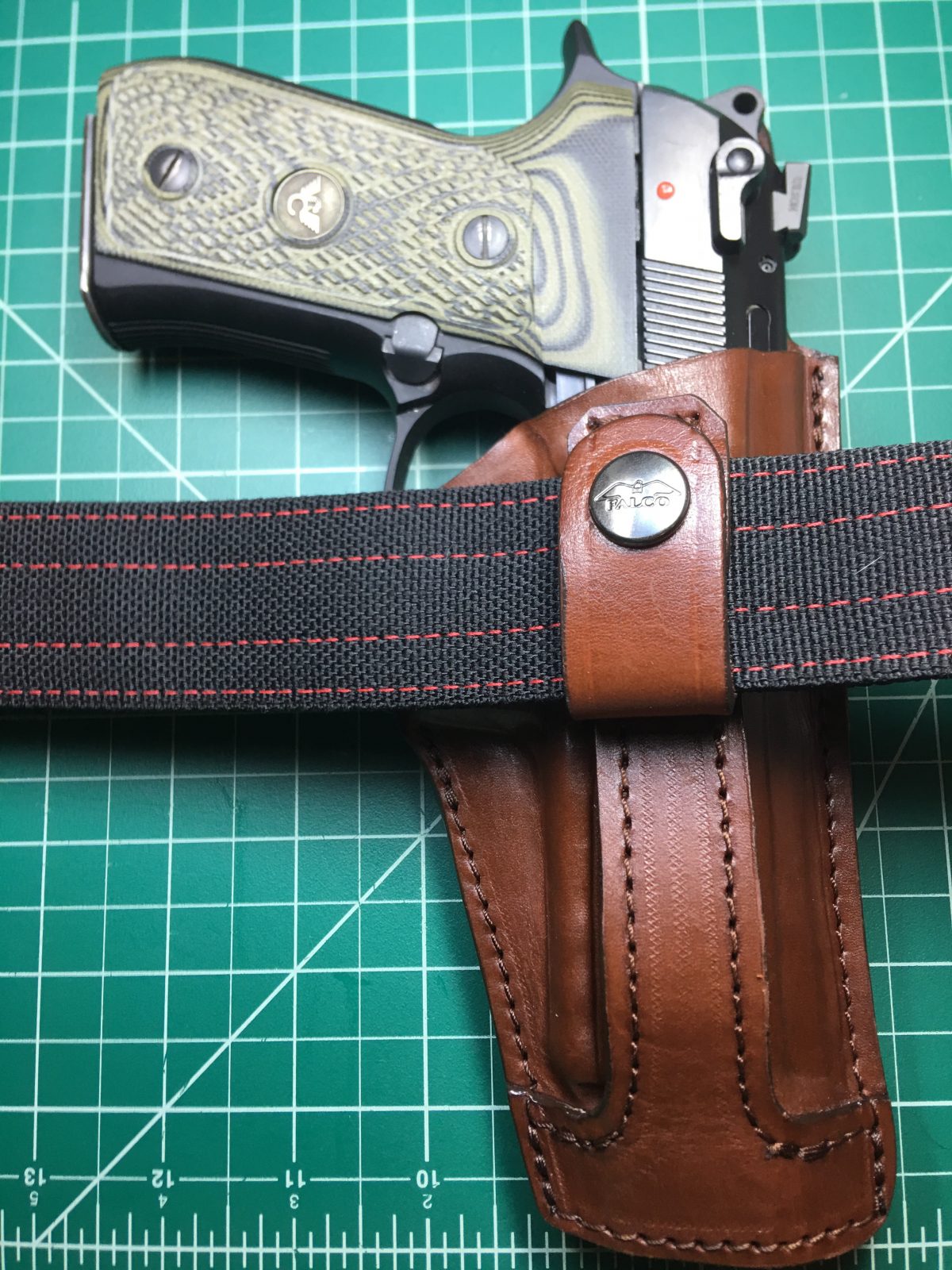 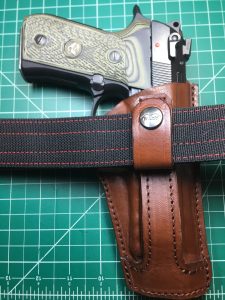 Have you ever had a Baader-Meinhof Phenomenon moment? It’s a type of cognitive bias where you could swear that the frequency of mentioning a topic has seemingly increased to impossible numbers for no apparent reason. I feel like I’m experiencing one with Double Action/Single Action (or DA/SA) and Double Action Only (DAO) pistols as of late.  It seems like all the people I respect and listen to are talking about the merits of DA/SA guns for a host of reasons. It has caused me to give DA/SA more than a passing consideration.

I began carrying a gun every day nearly 10 years ago (time flies). The Glock 19/26/42 primarily, but also the S&W shield, and even an X D45 for a short time. I carry in the appendix position (1 o’clock) exclusively. I also carry a few double action only guns when I have to be very discreet, but I bought them for their size, with no real consideration for their mode of operation. I bought and carried the striker guns because of their reliability, capacity, and consistent trigger pull. It’s what my first instructor told me to buy and I have been pleased with my purchase. When you’re just learning to shoot, having one repeatable trigger press makes things easy, and a novice shooter can get up to speed quickly with a relatively short, light, and consistent trigger. Until relatively recently, I didn’t understand why someone would want a DA/SA pistol like a Beretta 92 or Sig P series pistol for concealed carry or a home defense gun.  Striker fired guns are easy to shoot, after all. I was ignorant of the benefits and I now realize the appeal, let me try to hash it out…

It’s Not Just About Shooting

Based on training I had done with Claude Werner, The Tactical Professor, and with Craig Douglas of Shivworks in his A.M.I.S. coursework, it becomes clear that not everyone needs shooting. As Craig says, there are shoots, no-shoots, and don’t-shoot-yets. The seed was planted that learning to think and talk with a gun in your hand under stress was a skill worth developing. So is learning to hold someone at gunpoint safely. Up until these things became clear to me, I thought the most important thing was being fast. Competing in IDPA and working with a timer, while critical for improving pure shooting,  neglects the soft skills of people management. The ‘hardware’ (AKA stuff you can buy) component of this wasn’t clear at the time, but started to come together for me recently. I have been lurking at Pistol-Forum.com and found a nugget of wisdom worth sharing from respected member GJM:

For a game gun, my priorities are how easy it is to shoot other stuff. For a defensive gun, my priorities are not shooting myself, not shooting something I don’t intend to, and then how easy is it to shoot something you do intend to shoot.
. . .
I think short, light striker triggers are overrated on a carry gun, regardless of how they perform on pure shooting tests. I do love pistols with short, light triggers to game…

There is a lot of discussion of the ‘street trigger’ over at Pistol Forum. This thread is worth your time.

Let’s consider GJM’s three points for a defensive gun in his order of importance, since I totally agree with him.

Just recently, a young man accidentally shot himself in his thigh and bled out after taking a selfie with his gun. Whether it was an XD45 (a striker fired gun) or 1911 with safety disengaged, it’s unimportant. It highlights a likely lack of training, possibly poor equipment,  and/or a gross lapse in concentration and judgement. Would a DA/SA gun with a long trigger pull and exposed hammer for thumbing while holstering have saved him in lieu of proper training and gun handling? We won’t know. But it’s worth consideration with the amount of folks with either no or only state mandated safety courses under their belt. It’s also worth considering that everyone can make mistakes and no one is infallible.

The exposed hammer is something I hadn’t considered as important. As I said, I’ve always been a Glock guy and I’m always careful when I holster and always look the gun into the holster. But I remember a few years ago I read about Todd Green of Pistol-Training.com developing The Gadget, which replaces the standard Glock Slide Cover Plate and rides the striker so that you can feel the striker moving as the trigger is pulled. Todd sent me an advanced copy to play around with while I wait for the one I paid for to ship. I’ve had it on my G19 for a few weeks now and I have to tell you, it’s something I didn’t know I would want until I had it. I like the idea of knowing if the trigger is moving when I’m putting the gun away. This has me considering DA/SA and DAO guns with exposed hammers.

Not Shooting What We Don’t Intend To:

This section will be short because all I have to go on is anecdotal evidence about long trigger pulls allowing more time for thinking during an adrenalized encounter. I’ve never shot anyone, nor have I had to hold anyone at gunpoint. But guess who has? The Police! They regularly point their guns at people and usually don’t have to shoot them. Several instances I’ve read about have credited a long double action trigger pull with not having to take a life because there was enough time for either recognition that there was no weapon present, or the situation was changing during the trigger press and there was time to let off before the bang. Just because I’m justified in taking a life, doesn’t mean I want to if I can help it.

So how does this apply to regular Joe Homeowner? Very often, when we pull a pistol on someone who needs a pistol pointed at them and show clear intent to use it, we don’t have to shoot. This is threat management. When we hear a bump in the night, 999 times out of 1000 it will be someone we don’t want to shoot in the house.

So imagine waking up from a dead sleep from the house alarm blaring, feeling the adrenaline coursing through your veins, grabbing your pistol, and going hunting where you heard the noise… you see a figure in your garage, you level your gun, and in the time it takes you to begin to press through the double action shot… you realize it’s your daughter sneaking in at night. You yell at her and ground her and nearly have a stroke thinking you might have shot your daughter. That’s exactly what didn’t happen here. The deputy made several mistakes, two glaring ones are not having a light and not issuing a verbal challenge to the ‘figure’ in the garage. So would a long DA trigger pull helped here in lieu of white light and verbalization? Who knows. But it certainly has me considering  DA/SA and DAO guns very seriously for the long first trigger pull.

Shooting something we intend to shoot:

This is the category that I only have experience with double action only J-frames and tiny .380’s. I extensively dry fired my J frame for a year and it made me a better shooter on all of my guns. I’m not a great revolver shooter, but I can tell you that with dedicated practice, it’s not only an arm’s reach gun. The same is obviously true with DA/SA guns. People have difficulty with the changing weight and length of the trigger between the first and subsequent shots, but this is a practice and training issue.

Watch Ernest Langdon of Langdon Tactical run the F.A.S.T. with a Beretta PX4 compact
[youtube https://www.youtube.com/watch?v=ZGJZRapjzOo]
Sure they are ‘harder’ to shoot well. I likely won’t be as fast as I am with my Glocks. But I like a challenge. I like new stuff. I like change. A few tenths of a second might be worth the safety margin in every other facet of handling. Watching people like Mr. Langdon shoot a DA/SA like that makes me want to try a DA/SA gun and see how I do against the clock.

So is it worth the switch?

I don’t know if it is. I’m intrigued by the prospect. I definitely think it’s at least worth considering. There’s lots of options. Here’s a thread from P-F to give you some ideas.  Sorry I’m late to the party DA/SA and DAO guys and gals. Mock me if you must.

Protect the Brood and don’t accidentally shoot yourself or your daughter,