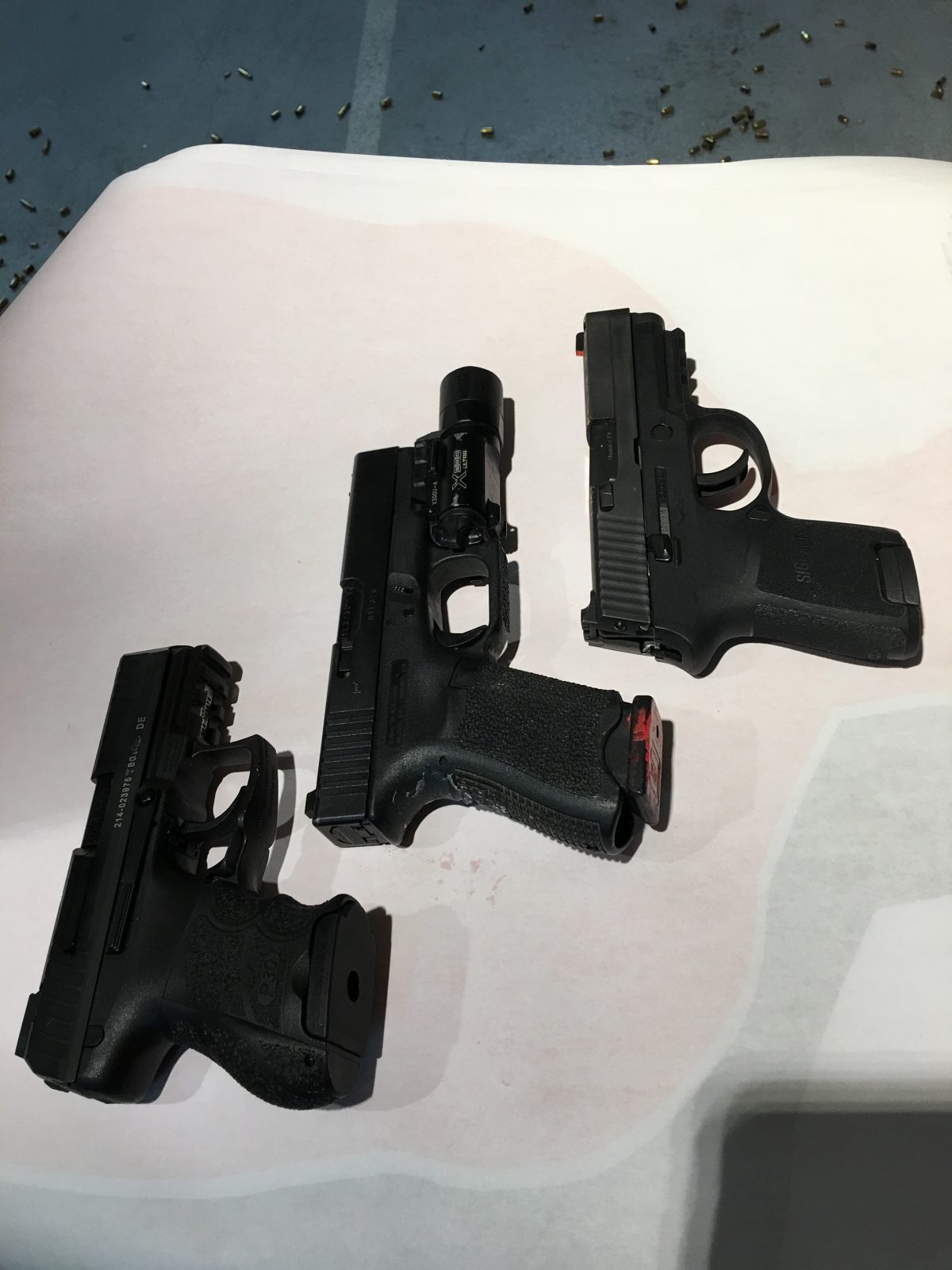 In the interest of practicing what I preach, as well as giving me something to do, I have decided to pick the ‘best’ carry pistol for me from my current small collection. This journey is mine alone, but I encourage you to think about what you value in a carry gun, do some research, and then shoot your short list side by side with a few drills that highlight the skills you’re likely to need.

Rather than rely on changing fancies over different guns and brands, and to avoid the collector trap (which I can’t afford), I want to pin down what is ‘best’ based on actual numbers, and then go with that choice for a while.

Like Chris at LuckyGunner, I’m going to start compiling my own scoreboard of guns by shooting the same few drills and getting comparison numbers. This is something I talked about in my youtube article.

If you’ve been with me for a bit, then you know that over the last couple of years, I have had a shift in priority for my carry guns. To quickly reiterate, my priorities are, in order:

I’ve taken a honest hard look at the number of negative outcomes from things like NDs (negligent discharge) from sloppy administrative gun handling, trigger checking in high stress situations, sympathetic hand movement, and support gear failure/wardrobe malfunctions. It became apparent that I should acknowledge that I’m probably not as good as I think I am, and that leaning on a mechanical feature to add an extra layer of safety isn’t a sign of weakness.

(ouch for this guy. Keep an eye on your gear)

Here’s a short list of what I currently value in a carry gun, all things considered.

I chose three drills. One is pure speed, one is pure accuracy, and the last is an integration of speed and accuracy at varying distances and is used by the LAPD. Claude Werner chose and modified the LAPD course to rank some guns and I glommed on with him.

*I haven’t had an opportunity to shoot the LAPD combat course yet, but will add to the post when I do.

I really don’t have a logical explanation for why I could shoot my new sub-kompact HK better than a pistol I exclusively shot and trained with for over 9 years. The only excuse I can think of is that I shot the Glock early in the session, and as I warmed up, my scores improved. Alternatively, I simply shoot this HK better than my G19.

If I go strictly by the numbers, the HK gets the nod. If I go by what features I have the warm and fuzzies about, the Sig or HK get the nod. I’m glad my perceived needs aligned with my test scores.

I’d admit that the results are close enough to probably not matter. It’s really a wash. I also realize I have a slow trigger finger. I’m also not a high volume shooter, with most of my practice coming in the form of dry-fire. Ultimately, my visual and mental processing speed and decision making ability will be the speed limit of my shooting, not the physical manipulation of the gun.

As a result of my findings, I’ll be strapping on the P30sk in the morning for the foreseeable future. The Sig will get a X300U and a Safariland ALS Holster for House Gun Duty. The Glock19 will cry in the safe.

I encourage you to do similar testing for yourself. You won’t know which of your guns you shoot best until you run the numbers. Don’t get married to specific gun based on ego, time invested, stubbornness, or blind trust in an instructor’s recommendation. Also, don’t change guns with the wind. Consistency and dedication to the grind is the key. Almost any gun will do, if you will.