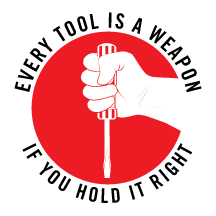 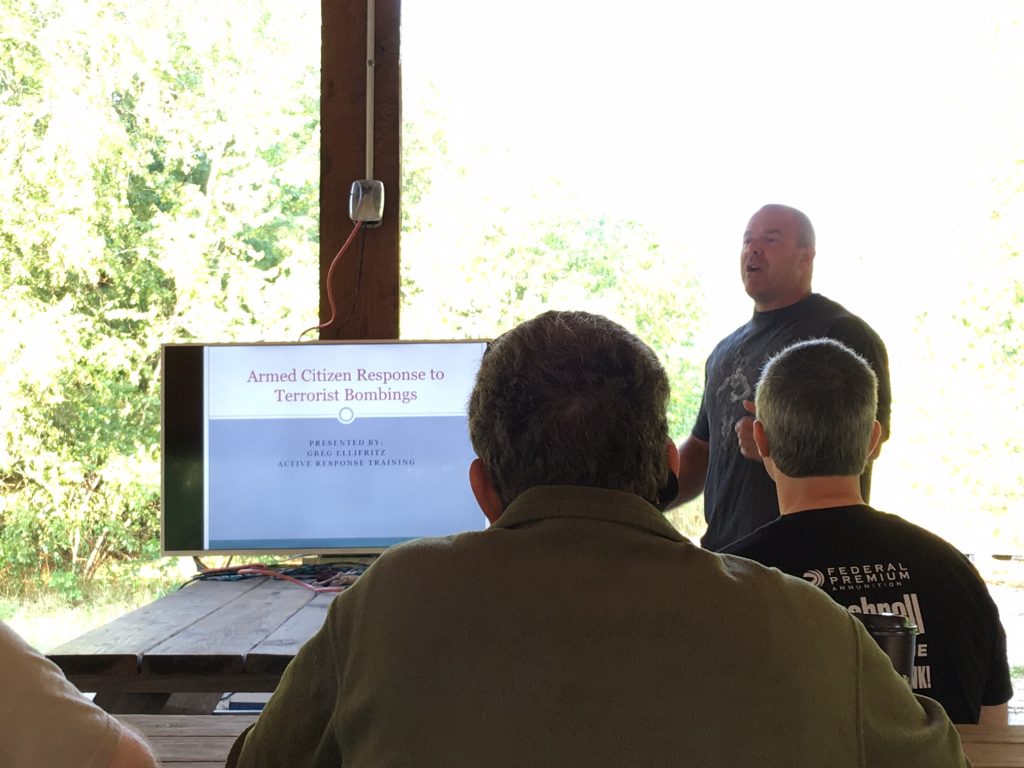 Greg’s block on Armed Citizen Response to the Terrorist Bombing was a real eye opener. He starts the block with a very detailed look at the history of the use of bombings with active shooters since 1928.The two have always gone hand in hand, apparently. The motivations of most bombers was also discussed. He then moves to a relatively detailed look at the components and methods used to make explosive devices (initiators, booster, payload). The ease of manufacture of homemade devices, commercial explosives, and what this stuff actually looks like (no recipes though). Following were some videos of terrorist bombers seconds before (and after) detonating their devices, and the blast radius and average times (Israeli study) you have before a suicide bomber chooses his target and detonates. Greg has written pretty extensively on this topic on his blog and I encourage you to seek this info out. Here’s the high points:

This was an informal discussion of EDC and vehicle trauma kits. Eli fielded questions and invited the students to get their personal and vehicle trauma kits for critique. He recently returned from a stint in Iraq in a field hospital and has a lot of recent and relevant trauma experience. I’ll sort of blast out a bunch of notes that I wrote.

If you want to support Eli,  you can buy his poster (see FaceBook inlay)

To round out my weekend, I volunteered to help Sherman run his ‘Living with the Snub’ block. In it he gave some wisdom on keeping small revolvers running and some building block drills to run them efficiently.

The weekend was over too quickly. It was a whirlwind of bonding, brotherhood, and celebration. I’m truly honored to be a part of this, and inspired by my peers. Thank you to everyone who came and supported the cause. If you didn’t come, hopefully I’ll see you all next time around. There isn’t a more noble pursuit. Train Hard and Be Dangerous.